Top 25 Notepad Tricks to Do More than Noting Things

One of the simplest tools provided by Microsoft with every version of Windows is Notepad. This is a simple extended tool that can be used to create a quick note that can be referred to any time later. The file format in which this tool saves is .txt, which means that this text file can be read by every text editor that is available. Be it QuickOffice, Microsoft Office, LibreOffice or any other office tool that you might use. There exist none which doesn’t support Notepad. The reason behind Notepad texts being so popular is that the files it creates can be opened, read, and edited from everywhere and are very simple. You almost have no formatting options. It’s just used to jot down quick notes or by programmers who use them to save files with different extensions to get their work done. 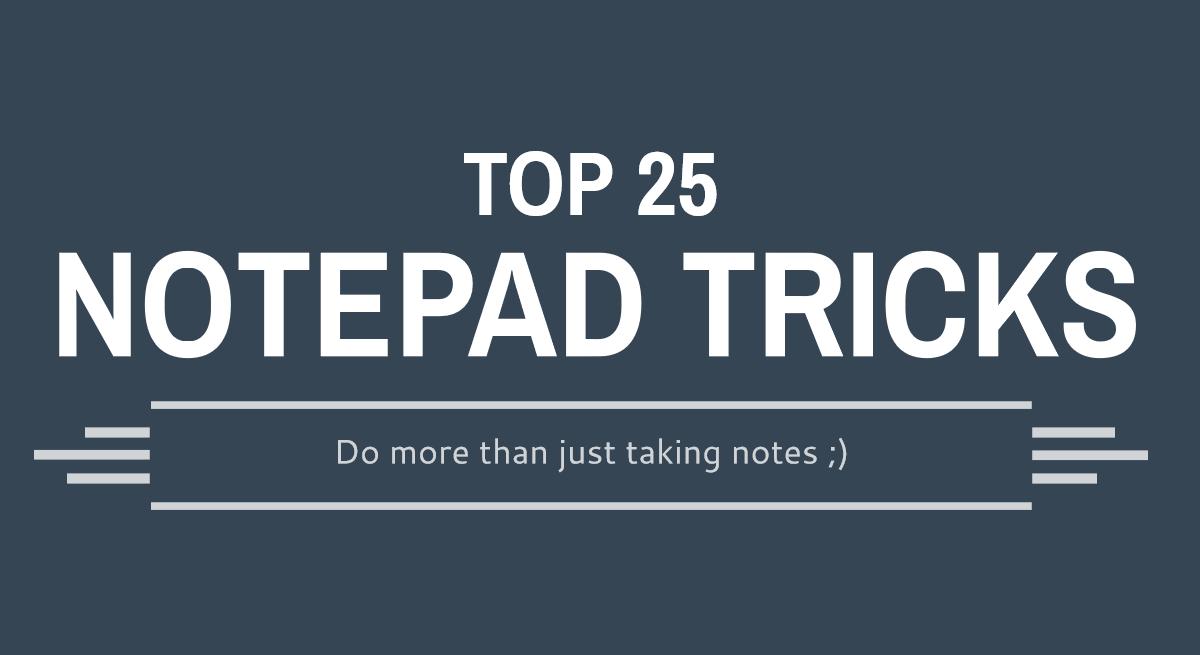 But wait! That is not all this tiny tool can do. As many of you would know, Notepad can be used to play several cool tricks that one can perform to either impress friends, or just play pranks on unsuspecting people.

So without further ado, let’s take a look at some of the best Notepad tricks that are available. Right now, we have 25 tricks with us that we hope will not fail to impress you!

This is a cool Notepad trick which will allow you to create fake error messages so that you can keep any unwanted guests on your computer stay away. You can also just do this for the sake of experimenting as it is impressive nonetheless.

Make Notepad into your personal diary

The title itself is pretty self-explanatory, follow the details to know how to use Notepad as your personal diary without installing an additional tool. This trick allows you to get rid of a paid diary software.

That’s it. Now you have turned Notepad into your personal logbook/diary. Of course, the interface isn’t as good as a premium diary application, but it’s okay to begin with, right?

Forget about wasting three clicks to shut down your Windows. You can do it with a single click. With this method, you can force shutdown your Windows in a flash of a second.

You can create such a file and pin it to your taskbar. So the next time you need to shut down your PC, you can simply do it with a single click, thus saving two or more clicks.

This is an impressive Notepad trick that can make your version of Windows speak whatever you want it to. Well, let’s know how to do it!

Well, that’s all you gotta do!

Create the Matrix Effect on Notepad

If you have seen the movie The Matrix, you would know what we’re talking about here. To make this amazing text effect to take place in your DOS windows, follow the simple steps.

Next time you open this file, The Matrix effect will be there to greet you.

Attack on the World Trade Centre

No reason to get scared. We are not suggesting that you carry another attack at the World Trade Centre. For some reason, a text effect that resembles the attack can easily be emulated in Notepad.

And Voila! Prepare for a shock like never before.

This is perhaps the most useful trick that your notepad can perform as it allows you to test the effectiveness of your antivirus with a single line of code. Here’s what to do:

After you save this file, the antivirus program installed on your computer will immediately start the search for any viruses that may be present on your system, and make an attempt to delete it. If it does, then your antivirus indeed does its job. If it doesn’t, it’s time to change your antivirus.

Use this trick to play a prank on your friend and leave him baffled. By writing a script on your notepad, you can enable the CapsLock key to toggle itself on and off automatically and every few moments.

This is a perfect trick to play on an unsuspecting friend with less or no technical knowledge. You might even fool an expert successfully since he may not know where it came from.

Update: We’ve deleted the code since it led to several antiviruses thinking our page contained a virus. You know you’re having a bad day when you’re teaching pranks and you get pranked yourself.

Capture your friend’s reaction after you play this prank.

Now all there is left to do is to convince someone to click on that file and see the look of annoyance on their face. On computers with low confoguration, this might even lead to the PC hanging up and your friend hitting you 😉

Tell someone that they are a complete fool continuously

As the title says it all, you can write “You are fool” and annoy someone.

Now get an unsuspecting victim to open the file and see how he reacts once the keyword types nothing but “you are a fool”.

This is another annoying trick that you can play on your friends to get them to leave your computer or just an item for the sake of it. It creates an infinite cycle of a single message on your computer screen that will surely scare the hell out of your friends.

For maximum effectiveness, send this file as an email attachment and ask your friend to try out.

This pretty simple and straightforward Notepad trick works when you write “Bush hid the facts” or anything similar with just four words. All you have to do is save the Notepad file, close it, and reopen to get stunned. What you will see are Unicode characters instead of normal English text. This trick does not work in the recent versions of Windows.

Magically open and close the CD or DVD drive on your or your friend’s computer with this small trick that we have for you. This is one of the most popular Notepad pranks that is widely known among the tech-savvy.

You can impress your friends by asking them to open the .vbs file or send it as an email attachment to surprise them.

We do not lack methods that you can use to annoy your friends. This is a trick to make notepad register typed texts slower than usual and keep your friends wondering what the hell is wrong. You can use this trick to convice your parents that your computer needs an upgrade 😉

What this code does is that it introduces a delay between the different strings that it types.

Don’t have access to any folder locking software? Not to worry as your simple Notepad tool can get the job done in a matter of seconds.

Make the lights of your keyword dance in rhythm

The three lights that exist above keyword Numpad can be switched on and off automatically to create a nice looking dancing effect. This is a nifty trick to impress kids.

To make the effect stop, just log off from Windows or restart your PC.

Shut down your computer after you convey a message

Before you proceed with the instructions, we would like to tell you that this is a rather risky trick and might not be taken in a good sense by everyone. What it does is that it shows a message to the user and shuts down the computer without requiring any confirmation. Even though we believe that there is no use for this trick, it can be played as a prank.

You can play this prank on anyone, but you should keep in mind that this may result in any loss of data that the victim might regret losing. So, try it with care.

Change header and footer of your Notepad interface

Whenever you are getting a printout of a notepad file, it starts with “Untitled” or the specific filename on top and a number on the bottom. For whatever reason, if you ever wanted to change it, then this is your chance.

There is nothing else to do but admire the new interface.

Even though revealing this sort of information may cause more harm than good, it can come in use if you wanted to sabotage someone else’s computer, or get rid of infected System32 files from your own PC. These files are absolute necessary for a computer to boot up and operate, so do not use this as a prank because your friend will probably never talk to you after this again. You may, however, test it on your own computer just as an experiment.

This is a simple procedure that involves pasting the following code into your Notepad file and then saving it as a .bat file.

Don’t say that we didn’t warn you!

Want to annoy your friends by raising whatever the type? Then there is an easy way to do so by writing a simple line of code into your notepad file.

Ask your friends to type anything into the Notepad interface that opens up after opening this .vbs file and cherish the look of bafflement on their faces.

Another way to seek revenge on someone is to delete system files that make a computer start up. Exercise this trick at your discretion as it is likely to be not taken as a prank.

Once you execute this file, it will shut down the computer and the delete all the necessary files that are required to reboot once again. Keep this information to just knowledge and don’t try on your computer or on someone else’s computer, unless you have a reason to do so.

Like the many other tricks that we have discussed above, there’s no practical use of this trick. You can use this to irritate your friends as the Enter button will be pressed without them even reaching for their keyboard.

Now all you have to do is to get a friend to start up Notepad by clicking on this .vbs file. The look on their face will be something to remember. We promise you that.

To type a word repeatedly for whatever reason, just copy and paste the following code into your notepad file and save it as a .vbs file. This method eliminates the need to write something again and again.

Note: Some of the above mentioned Notepad tricks are minor hacks which work because of the bugs that exist in Windows. With each Windows update, Microsoft keeps updating Notepad as well. And thus, some tricks that were working earlier may not be working now because an update might have removed those bugs.

Now that you know about the 25 interesting tricks that you can perform with Notepad, you can play light-hearted pranks on your friends or even devastate someone’s computer using this knowledge. Whatever you do, know that actions have consequences. As the saying goes – “With great power comes great responsibility”; so, use this power well and remember not to misuse the knowledge that you have gained by reading this article. Not if you happen to be a Whatsapp used and are interested in playing some more pranks with your friends, you can have a look at some Whatsapp tricks we have shared in the past. 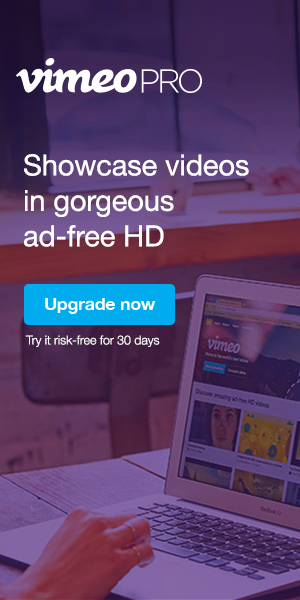